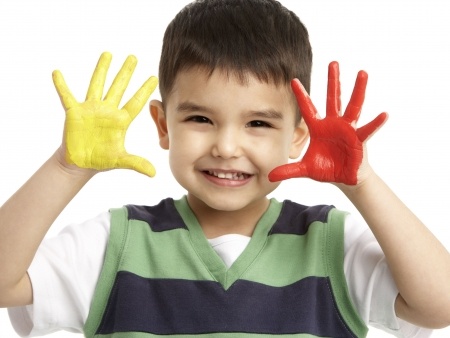 I have a little boy who is three years old. I love him dearly, but he is driving me bananas. He doesn’t obey and nothing I do seems to work. I even find myself thinking that he is annoying. I don’t think I’m cut out for this, but as I am his mother, I have to figure out what to do.

How can I reduce the frustration I feel?

What you are describing is the fundamental frustration of parenting young children. You pour yourself into civilizing them, and they resist.

You look around at the other three-year-olds and think, “Bert comes when he’s called. Graham uses the toilet without help. Russell plays independently with educational, ecologically sustainable toys. My child doesn’t do any of those things. He pretends to be an inchworm during Sunbeams and refuses to learn the alphabet. I am clearly doing something wrong. What is the matter with me?”

The cause of such frustration, however, is not actually the behavior of your little boy nor your inadequacy as a parent. Rather, your frustration comes from your own unmet expectations. You were expecting A and you got Z. You wanted X but you didn’t realize it came with gobs of Y attached. You have been working toward C, and other people seem to have C, but your result has been 42.

Unmet expectations cause frustration and disappointment. And the only remedy I know is to adjust your expectations to reflect reality.

In your case, it sounds like you need to expect different (that is, less mature) behavior from your son, and slower results from your instruction. You might need to delay some hopes (“If I sing to him, he will love singing”), and abandon others altogether (“We will do puzzles together”). You need to ask yourself if you are expecting too much, or expecting the wrong things.

With that in mind, I have six suggestions.

One, stop multitasking. I know you have millions of things to do, but your frustration level will drop precipitously if you stop expecting to combine kid time with other tasks you want to accomplish.

Does this mean you have to put aside important or enjoyable activities just because your child is around? Yes. It does. But I promise that you will feel noticeably less frustrated if you do. More importantly, you will enjoy your son more when you do not feel like he is getting in the way of what you really need to get done.

On a larger scale, be selective in your commitments and associations. Perhaps it seems like every mom you know has paid employment and a side business, volunteers at the senior center, is training for a marathon and is the Primary president. But you don’t have to do all that. You should not accept every opportunity that comes your way, especially if the demands of those responsibilities cause you, again, to feel that your child is getting in the way of what you really need to get done.

So decide what needs to be done and what doesn’t need to be done. Go to work and do your calling. Cook dinner and do the laundry. Go visiting teaching and to book club. But say no to joining the neighborhood association board, the school hospitality committee and the community garden. Paint the bathroom while your son is at preschool, and read your book later.

Two, go with your three-year-old’s interests. Children like what they like. You should not expect your son to enjoy certain toys, games or activities just because you think he should. You can no sooner convince a child who likes cars that he’d rather play with dinosaurs or dolls than you can fly to the moon on a garden hose.

This is true no matter how much you want your son to play with dinosaurs (because you read that memorizing all the dinosaurs is an early predictor of financial success) or dolls (because you heard that children who play with dolls are more empathetic). If your child prefers cars to dinosaurs and dolls, so be it.

The same goes for other interests, too. You can introduce your son to music, sports, art, the zoo and the swings at the park. But whether he enjoys these activities is a matter of his preference — nothing more. If he likes music but not art, the swings but not the slide, there is no need to push, fret or cajole. You will only frustrate yourself and introduce conflict where none is necessary.

Three, don’t compare yourself to other parents. Every parent is good at something, and no parent can expect to be good at everything. Figure out what you are good at and feel happy about it.

Some skills, such as having patience during sacrament meeting and throwing awesome birthday parties, are easier to see than others. But there are many other skills that also make an effective parent, such as gentleness, the ability to play and being good at explaining things. And remember that what you see of other parents at church, at the playground or at the zoo is never the whole story.

Be especially wary of comparing yourself to what you see on social media. Facebook, for example, is not real. It is a series of carefully composed snapshots and intentionally chosen images. It is never the whole picture of a person’s life, and it does not show the trade-offs of achieving those marvelous accomplishments.

You will give yourself a serious case of the covets if you start comparing your life, your child, your family traditions, your house, your vacation or anything else to what you think you know that other people have, based on their social media posts. If social media causes you to feel frustrated about what you lack, if it makes you feel inferior to others, for heaven’s sake, stop looking at it.

Four, don’t compare your child to other children. No one appreciates being measured by the accomplishments of others. If you have tendency to see how your son stacks up against other kids, and to feel proud or disappointed accordingly, you need to stop now, before he’s old enough to notice.

Five, think and speak about your child in a positive way. Yes, he’s driving you bananas. Three-year-olds tend to do that. But surely there are things about him that are fun, interesting, adorable and unique. When you are frustrated, put on your mom goggles and think only about those positive things, even as you are trying to formulate a new way to teach him appropriate behavior.

Also, speak of your son lovingly and kindly. Do not criticize him in public. When you seek advice from others about how to handle difficult behaviors — which is perfectly appropriate — speak of the behavior as the problem, and not of your son as defective.

For example, you might ask your friend how she teaches her children to play well with others, rather than complaining to her that your son is selfish or mean.

Finally, and don’t punch me in the nose for saying this, but your son is only going to be little this one time. He’s going to get older and lose all the adorable things that three-year-olds do. Don’t wear yourself out wishing he were a well-behaved seven-year-old instead of a funny, typical three-year-old.