Back in 1967, the art world was astounded by the announcement that the National Gallery of Art in Washington had acquired Ginevra de’ Benci, a fabulous portrait by Leonardo da Vinci.

At the time, there was not a single recognized da Vinci painting in the entire Western Hemisphere.

Speculation, rumors, and questions immediately filled the air, not only in Washington but in art circles world over.

Where had this painting come from?

How much had it cost?

That last question was the most puzzling and the most frequently asked. It was not answered, except by rumor.

Ginevra’s provenance was the quickest enigma solved. It had been in the private collection of the House of Liechtenstein, that tiny principality nestled between Switzerland and Austria. Capital: Vaduz.

Why had the prince let it go? The answer: money! 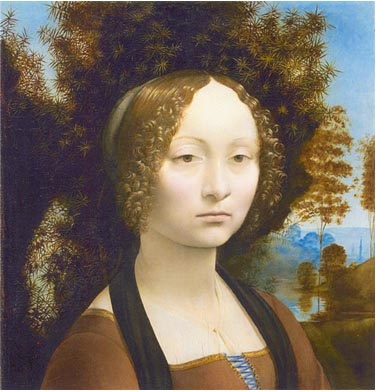 Ginevra was painted in Florence in 1474, perhaps paid for by Amerigo de’ Benci to celebrate his daughter’s wedding.

The portrait is painted on a wood panel. Directly behind her is a juniper tree. On the reverse da Vinci painted a juniper sprig encircled by a wreath of laurel and palm. Below the sprig, which suggests the bride’s name, Ginevra (Juniper), is a ribbon with the words, in Latin,“beauty adorns virtue.” 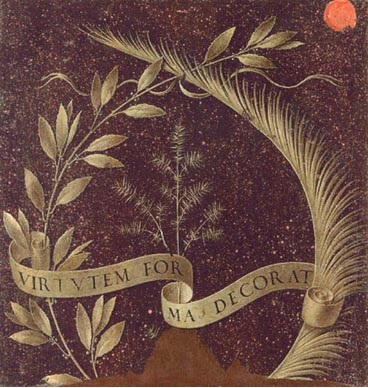 The reverse side of Ginevra de’ Benci, with the inscription, in Latin, “beauty adorns virtue.”

It is thought the painting originally was larger, with the comely lady’s arms and hands showing. Sometime in its centuries the bottom of the painting became damaged and was cut off.

After its acquisition, Ginevra was reframed by Kulicke frames in New York. (I later used Kulicke to frame some paintings, but that’s a different story.) Because Ginevra had original da Vinci work on both sides of the panel, it had to be framed and displayed in a free-standing presentation in the National Gallery so that visitors could walk around it and marvel at both front and back.

The Jeppsons were among the first to crowd into the museum and see the suddenly celebrated painting. I have seen it many times, and I have seen da Vinci’s Mona Lisa many times in the Louvre. Given a choice, without hesitation, I’d take Ginevra over the Paris painting. Ginevra is that enticing.

The third question, how much had the painting cost, went unanswered. Speculation ran rampant. The breathtaking rumor was that the National Gallery had laid out $5 million, but no painting had ever fetched such a price.

That much seemed scandalous.

Eventually, the museum confirmed: with a grant from the Ailsa Mellon Bruce Fund, it indeed had paid $5 million for the painting.

The art world blinked and supposed that no other painting would ever sell for so much.

As I wrote in a previous Moments (“$20 for a Renoir”), in mid-June more than 30 years ago I sat in the steaming Galliera Palace auction house in Paris and watched six tiny oils by Pierre August Renoir (1841-1919) knocked down for nearly half a million dollars. The best of the six cost the buyer about $80,000.

I came back the next day to bid on a painting for a friend. The auction room was jammed to watch the bidding for another small Renoir measuring only 18 x 15". I thought it was a weak example of the painter’s work. The winning bid: about $325,000.

As soon as the hammer came down the room broke into wild applause! Even though that amount did not approach what had been paid in the private sale a dozen years earlier for Ginevra, the price was an auction record.

This record became progressively broken. The world became wealthier. Inflation marked the economy. Rich collectors emerged. So did speculators. The quantity of fine paintings steadily diminished, as works of art went into public collections and off the market.

In 1990, Renoir’s At the Moulin de la Galette sold for $78,100,000 at a Sotheby’s auction. Who knows how much higher other Renoirs may have fetched in private sales? Of course the average Renoir sells for a whole lot less, but often in the millions.

Three years ago I compiled this list of some notable auction sales:

These figures include auctioneers’ fees, but they do not include sales taxes or fees paid to intermediary bidders, who may be working for the purchaser.

The list goes on. Sometimes, like the sale of Ginevra, private sales eclipse auction figures. Private sales are harder to document, but at the time I compiled the above auction roster, these private sales had been made: 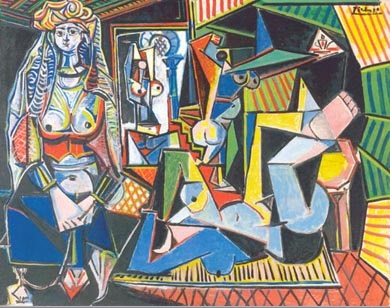 Pablo Picasso, The Women of Angers

Eventually, word leaked out and then was confirmed that the buyer was the former Prime Minister of Qatar.

Christie’s gross auction sales for the week exceeded one billion dollars. That, too, was an all-time record for any auctioneer.

The Picasso was not the only important painting acquired by the binge-buying, oil-rich splurgers from Qatar. In private sales, in 2012 the royals picked up Cezanne’s Card Players for $250,000,000.

While the the Picasso was being knocked down last month for a mere $179,000,000 at auction, the former Prime Minister was acquiring, in a private transaction, a Gauguin, Nafea Faa Ipoipo/When Will You Marry, for $300,000,000.

For the moment, that sits atop the mountain as the highest price ever paid for a work of art. 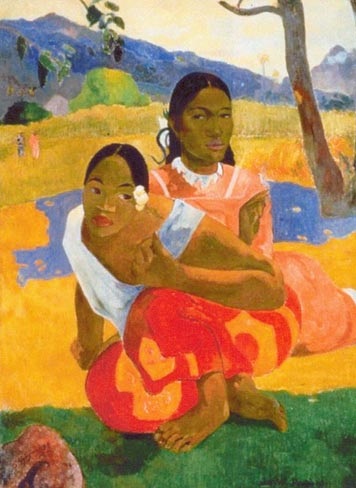 About a dozen years ago a Japanese documentary television producer appeared on doorsteps in Potomac, Maryland, to interview me.

Arranged by a New York TV consultant, they had come because of a chapter in my book The Fabulous Frauds that told a complicated story about the theft of the Mona Lisa from the Louvre and a purported gang of counterfeiters who were trying to sell the “genuine” painting on the black market. My interview turned into a 12-part series of short programs on Japanese television.

At the end of filming, the Japanese producer turned to me and asked, “If the painting came to auction today, what would it fetch?”

Mona Lisa might be the most famous painting in the world.

When I replied, “One hundred million dollars,” he threw up his hands in total disbelief, even though this was at a time when his countrymen were bidding lots of money for Impressionist and Post-impressionist pieces.

If I were asked that today, my reply might be a billion dollars. You can see why.