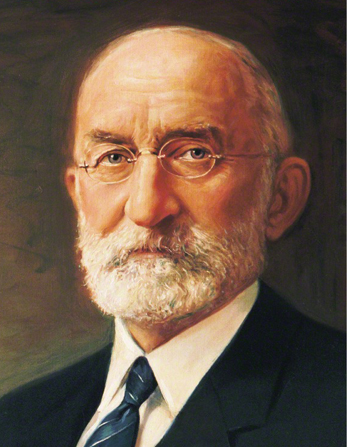 Several years ago I was rambling around in the Church’s Conference Reports and found a delightful story told by President Heber J. Grant during the April conference of 1942. I loved it because it illustrates the wisdom of President John Taylor and two apostles as they approached a difficult human challenge.

John Taylor was sustained as President of the Church during the October 1880 General Conference. Francis M. Lyman and John Henry Smith were sustained as new apostles at the same conference.

The next apostle to be sustained, in October 1882, was Heber J. Grant. He became President of the Church in November 1918. This story apparently took place not long after Elder Grant was appointed.

It might be said that, in a way, the new apostle was learning something by watching the two older apostles struggle with how to deal with a tough assignment and by President Taylor’s wisdom and inspiration in making assignments. Here is the story:

I shall take the time to relate one more incident. Never did Brother Taylor direct the course of the apostles without inspiration, neither did Brother Woodruff, nor Brother Snow, nor Brother Joseph F. Smith. God to my knowledge inspired those men and directed them.

Brothers Francis M. Lyman and John Henry Smith were told by President John Taylor to go to some town — I shall not mention where it is — and to have a man sustained as the president of the stake. Undoubtedly there are some of you men who know where it was, I won't give the name — I won't tell that.

Brother Lyman said: "Why, Brother Taylor, I know this brother, and I know that the people will not sustain him."

Brother Taylor said: "You and Brother John Henry Smith are called upon a mission to have him voted for and sustained as president."

Brother Lyman later in the day said: "Suppose these people won't sustain that man, what are we to do?"

Brother Taylor said: "But you are called upon a mission to have him sustained; that is what you are to do."

Brother Lyman brought it up again a third time and Brother Taylor said: "Do you understand English? Don't you know what mission I have placed upon you two men? It is to have him sustained."

Later in the day Brother John Henry thought the president had not thoroughly considered the matter, and he brought it up.

Brother Taylor said: "Didn't you hear what I said to Lyman? You two men are called to go to that place and have the people sustain this man."

As we came past the president's office after our meeting in the Endowment House, he said: "Heber, President Taylor does not understand the condition; those people have rebelled and they will not sustain this man. He was busy with our regular meeting, and he did not get it into his head that it cannot be done. I will step in here. You tell your wife I will be a little late, but don't delay your dinner until I get there. Go home and eat it, and I will come along later."

I said: "I will wait for you." I thought it wouldn't be long.

He came out in a moment and said: "I wish I had not gone to see the president. Heber, fast and pray for us; I do not see how under heaven we can change this condition. All the bishops and their counselors, the high council, the patriarch, and the presidency of the high priests quorum have requested that this good brother be dropped and that they have another president. Brother John and I will have to pray all the way from Milford until we get to the place."

When they arrived, Brother Lyman brought all these people together who had signed the petition and said: "Now, brethren, we do not want a great number of you men to confess the president's mistakes, but we will step out of the room, and you appoint one man to do the talking. You tell him everything you can think of against the president. If he has forgotten anything, give him a chance to speak again, and then we will come back and hear it all. We have come here to fix up things, and we are going to do just what you people want us to do."

When they got into the other room John Henry said: "For heaven's sake, Lyman, did you lose your head? They want a new president, they have signed their names for a new president."

Brother Lyman said: "Well, it must have been a slip of the tongue. We will have to pray just that much harder."

When the man who had been selected to be their spokesman got through with his talk of nearly an hour, Brother Lyman said: "Has he forgotten anything?"

Brother Lyman said: "Well, that is marvelous. We had never dreamed that this man had so many faults and failings. Really, if there is somebody who would like to tell something good about him we would like to hear it."

A man got up and said: "I can say something good about him, about his generosity, his liberality." Then he commenced weeping, and said: "Brother Lyman, will you scratch my name off that list and let me vote for him."

Brother Lyman said: "All right. Does anybody else feel that way?" About one-third of them got up.

He said: "Well, you may go home, it is rather late, and the others of us will discuss this matter further."

He then said to the spokesman: "Get up and tell that story again, because it is news to us; we never dreamed this brother had so many failings."

So the man got up and told it over again.

Another man jumped up and said: "Brother Lyman, please take my name off that list. Let me vote for him."

Brother Lyman said: "All right. Does anybody else feel that way?" About half of them stood up.

He said: "All right. Your folks are wondering why you are out so late; we will excuse you."

Then he said to this man again: "Now get up and tell us that story again."

The man got up and told the story once more.

Brother Lyman said: "Two men have tried to tell something good about this man and failed, but have asked permission to vote for him tomorrow. Is there anybody else here who feels to sustain him?" And they all stood up.

He said: "All right. Good night, brethren." And he turned to John Henry and said: "John, will you sustain him?"

John laughed and said: "I will." By this time I think it was after half past twelve or one o'clock in the morning. The next morning Brother Lyman was able to say to the people: "All of the bishops and their counselors, the high council, the patriarch, the presidency of the high priests quorum, every one of them has asked permission to vote for Brother So and So as the president of your stake, and we have agreed to let them do so. If any of you want to vote the other way there will be no condemnation."

They got a unanimous vote to sustain that man as president of the stake.

When Brothers Lyman and Smith returned they made their report of what had happened. Brother Taylor, when something pleased him immensely, used to shake his body and laugh; and he said:

"Twins, twins, twins, (he nearly always called those two men twins) it wasn't such a hard job after all, was it? Now, this brother is a big-hearted, fine man, but he makes mistakes. He is sick abed now, and he never would have recovered, he would have died a broken-hearted man if he had not been sustained. He will be well in three months and feeling fine. Go down there and put your arm around him and say: 'Now that the people are loving you and have unanimously sustained you, don't you think it would be well to resign?' and he will jump at the chance and you assume the authority to accept his resignation."

And that is how it worked out.

President Grant told this story toward the end of a long sermon mostly devoted to personal experiences that demonstrated to him how the Lord continued to direct Church leaders, blessing them with insight, wisdom, and foresight.

He told of his intimate acquaintance with Brigham Young and each of the presidents of the Church since him, emphasizing “that they were inspired, wonderful men, that they had no ambition of any kind or description but to lead the Latter-day Saints in the paths of righteousness, to set examples worthy of imitation in all respects. They were in very deed men of God.”

One example had to do with the heavy financial burdens of the Church and his involvement, under the direction of the Church president, in solving them.

The story of how Elders Lyman and Smith got a stake president sustained and then released with honor rather than under a cloud may seem much less significant than some of the tremendous problems Church leaders had to face more than a century ago. But in its own way it is just as significant.

Local leadership is at the heart of the success of the Church. In that sense, respect for local leaders is tremendously important. So is the morale of the leaders themselves.

In this case, the stake president could have been released under a cloud with his morale and feeling of self-worth devastated. As it turned out, he was sustained, his self-confidence remained intact, and he was later released with honor and good feelings. Equally important, other local leaders learned an important lesson that should be an example to all of us.

At first they had nothing good to say about the struggling stake president, but as the meeting progressed they all gradually realized that there was much good in him and that he did not deserve the treatment they were so anxious to give him. Hopefully they also learned something about patience and forgiveness and that, in the long run, they could expect inspired decisions to help resolve their concerns.

Certainly they had legitimate concerns for the well-being of the stake, and it was not wrong for them to bring them to the General Authorities of the Church. But as they garnered a list of all the president’s faults they seemed to forget, at first, that God is also concerned about the well-being of individuals.

Hopefully they learned a lesson and hopefully, too, such a story can teach each of us something about understanding, patience, and forgiveness.