Bundle up with a bundle of new selections. 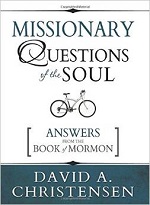 David A. Christensen’s Missionary Questions of the Soul isn’t just for missionaries. Using his years of experience in the Church Education System and at BYU-Idaho, the author poses questions many young people (and old) ask, such as how to balance work, life, studies, and Church responsibilities or how to know God’s will.

And then he answers them through scriptures found in the Book of Mormon, adding his own brief commentary and leaving space for the reader’s personal notes. It’s all in 230 pages in durable softcover (Cedar Fort Press 2014, $17.99).

Nicole Carpenter’s 52 Weeks to Fortify Your Family: 5-Minute Messages grew out of a blog (MOMentity.com), particularly her pointers called “Armor Your Children.”

What readers will find in the square-shaped paperback are daily scriptures, thoughts, and discussion questions intended for short family devotionals Monday-Sunday, organized by a theme for every week of the year (Cedar Fort 2015, 190 pages, $9.99). For busy families who need a place to start or continue, here it is. 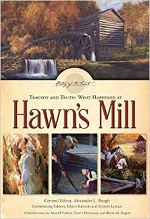 Covenant Communications has teamed printed books with its DVD series History of the Saints, both media featuring the talents of Glenn Rawson and Dennis Lyman. Unabridged audio books of both are available on CD.

Tragedy and Truth: What Happened at Hawn’s Mill is based on the extensive research of general editor Alexander Baugh, co-director of research for the Religious Studies Center at Brigham Young University.

He has called the October 1838 massacre that killed 17 Mormons and injured 14 more the "singular most tragic event in terms of loss of life and injury enacted by an anti-Mormon element against the Latter-day Saints in our entire church's history." The book provides background and context as well as great detail about the massacre and its aftermath (2014, 122 pages in hard cover $24.99). 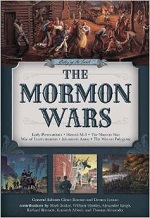 Lyman and Rawson are general editors of The Mormon Wars in the same series, with contributions from a number of historians. The volume covers a broad range of Church history, including early persecutions, the Nauvoo War, conflicts in Missouri, Johnston’s Army, and the war on polygamy, as well as Hawn’s Mill. 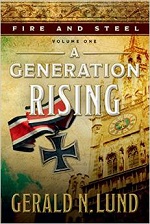 Popular LDS author Gerald N. Lund offers the first volume of a new historical fiction series, A Generation Rising, which will introduce two new fictional families, one from a farm in Bavaria and another from a ranch in rural Utah, and cover a period from the technological explosion that began in the late 1800s through the Holocaust.

Although not a fan of historical fiction (never read the popular series The Work and the Glory), I found Lund’s storytelling masterful as Fire and Steel introduces the German family, the Eckhardts, against the backdrop of European history. A relatively easy but engaging read, it’s a good start to a new series and a painless way to absorb the facts (Deseret Book 2014, 282 pages in hardcover, $21.99).