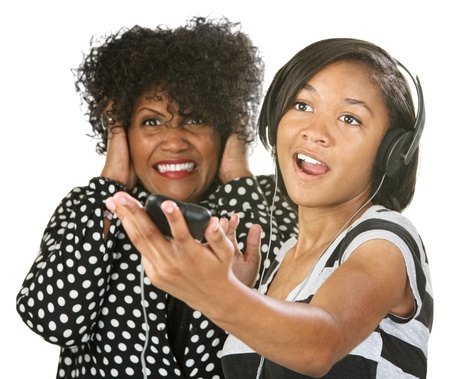 For some people, singing is a challenging part of worship. For those who feel they can't sing well or who fear to sing around others, music can sometimes be a barrier rather than aid to worship.

This was a challenge for me in my early days. I think part of the problem was that toward the end of my second-grade year in Boise, Idaho, my teacher worked with school officials to get me instantly promoted to third grade. They told my parents I needed to move up a grade because I was so smart. Mom and Dad were so proud of me. But there are other theories.

Perhaps my sweet second-grade teacher was spared a nervous breakdown by throwing me into third grade before my time. Whatever the cause, I skipped most of third grade, and I fully forgive all those involved. Actually, I think it was good for me and gave me opportunities later that I am grateful for, but it came at a price.

Parents, if you have children in third grade, please make sure they attend and pay great attention. Third grade, from what I can tell, is where some of life's most important skills are developed. This must be where kids become athletes, develop social graces, learn how to write legibly, and also learn how to sing. I pretty much skipped all that.

Without the benefit of a third-grade education (yes, I can see this statement being used against me), I soon found myself in fourth grade. The eager and overly confident little second grader still dwelling in me, so used to getting straight A's and being praised for minor accomplishments, was about to face a complete shock on his report card with a "D" for handwriting and a "D" for singing.

The nice fourth-grade teacher I started with took time off to have a baby and was replaced with a harsh substitute for several very long weeks. (This is a story I shared here previously, but it will lead to a new twist with some advice and hope for those like me.)

One day she announced that we needed to have a singing test, and that each of us needed to prepare by choosing a song that we would sing to her. What? This was a total surprise to me. She reminded us one day that the test would be tomorrow. Yikes.

So I went home and sought help from my father, who sings beautifully, as does my mother, neither of whom bothered to pass on any musical genes to me. I had turned to the one source of vocal music I could find at home, the LDS hymnbook, and dutifully searched for a really short song.

"Upon the Cross of Calvary" was the fateful choice. Another crucifixion song such as "There Is a Green Hill Far Away" would have done just as well for brevity and thematic content.

My father had me sing it, tried hard not to chuckle, and spend some time giving me helpful tips. After another try or two, he gave me some encouragement and hoped I would do OK.

I tried to imagine how the test would go. I wondered if she would bring us into her office or take us out into the hallway or some other remote room for the individual singing evaluations. When the topic of the test came up the next day, she announced that each child would stand, one at a time, and sing in front of the entire class of 30-something children (my estimate).

This was to be a very public shaming, and my row was first.

I suppose that the four or five kids who sang before I did were all budding Josh Grobans and Whitney Houstons. I could hardly concentrate on what they were singing, but it sounded better than what I could do.

When I finally stood to accept my fate, I tried to sing but felt it was somewhat worse than how I had sung for my father, but maybe, hopefully maybe OK. The two verses I sang were over quickly (I seem to recall she let me finish sooner than I expected, with no complaints from me) and I sat down, glad that I had survived.

Well, that wasn't so bad, was it? I felt OK about it somehow, until a few weeks later when I got the report card with my first ever "D." Two of them, one for singing and one for handwriting. I don't recall, but perhaps some kind of writing test was conducted right after the singing test. Trembling does not make for a steady hand.

After that, my response to public singing became one of evasion for several years. I remember in fifth grade, now in Salt Lake City, the teacher caught me trying to hide behind the piano when it was singing time. Silly.

I was a vocal and enthusiastic student for the most part, just not for vocal music. I recognized that singing was part of worship and wanted to do better, but didn't spend a lot of time at it and really felt I just lacked the talent to improve much. I can do better now and sometimes really enjoy it, but don't give me a public test, please, at least not a solo.

Fortunately, for those of you who share my awkwardness about singing, there is new hope from scholars. My favorite science news service offers this headline based on newly published research at Northwestern University: "Can't sing? Do it more often."

The tagline is "Regular practice may be as crucial to singing on pitch as it is for learning an instrument." A new study published in a February volume of the journal Music Perception: An Interdisciplinary Journal offers new hope for me and others.

The online information doesn't yet include the February issue, so be patient. For now, we can rely on the printed version or third-party commentary such as the report at Eurekalert.org, from which the following excerpt is taken:

Published in a special February issue of the journal Music Perception, the study compared the singing accuracy of three groups: kindergarteners, sixth graders and college-aged adults. One test asked the volunteers to listen to four repetitions of a single pitch and then sing back the sequence. Another asked them to sing back at intervals.

The study showed considerable improvement in accuracy from kindergarten to late elementary school, when most children are receiving regular music instruction. But in the adult group, the gains were reversed — to the point that college students performed at the level of the kindergarteners on two of the three tasks, suggesting the "use it or lose it" effect.

Singing on key is likely easier for some people than others. "But it's also a skill that can be taught and developed, and much of it has to do with using the voice regularly," Demorest said. "Our study suggests that adults who may have performed better as children lost the ability when they stopped singing."

Great news!  Science has once again given me something to sing about.

Meanwhile, I would encourage Latter-day Saints and all of us to be sensitive to the challenges that some people may face when they are shy about singing. One positive thing parents and teachers can do is encourage people to practice. All that singing in Primary and elsewhere can make a difference and help people do better.

One thing I've noticed about China is that the young people here seem to have great singing skills. For example, my wife and I were on a bus loaded with mostly 20-something young people from one of our R&D teams for a two-day trip to some beautiful parts of China. Like most buses in truly civilized nations, it naturally had a karaoke system on board to give the passengers something fun to do during long drives.

We were surprised as chemists and engineers one after another took up the mike and sang beautifully. So many great voices. I asked their R&D director about it and he explained that karaoke was what many of these kids do as their social event on the weekends. They get many hours of practice singing.

Consistent with the newly published research, all that time spent singing may be the reason they sing so well. So maybe there's hope for me and others like me if we just put in some more time practicing. Anyone got a good karaoke system I can borrow?