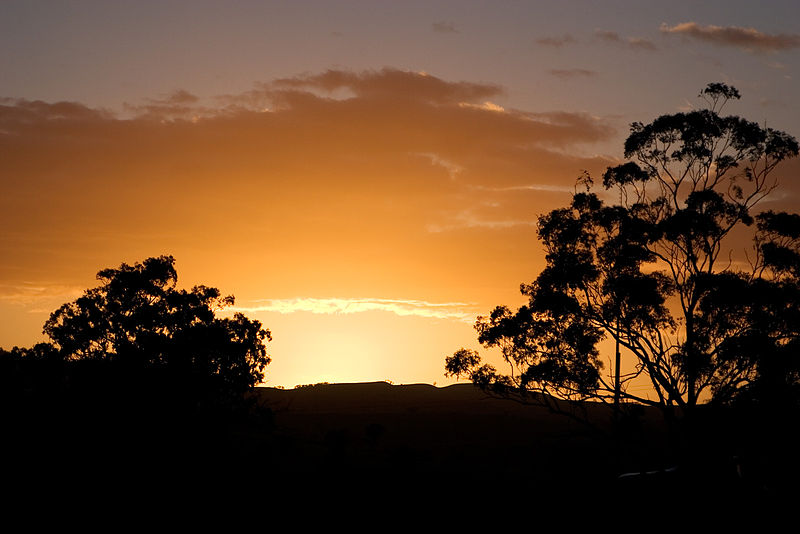 Shadrach, Meshach, and Abednego in the Fiery Furnace

Uncle Sunday was a man of faith. Villagers knew that. He did not brag, but simply lived his faith daily.

He was blind. His blindness could have been caused by glaucoma, or cataract, or any other eye disorders. His eyes had become gradually opaque. Later his vision blurred and he became blind.

The exact cause for his blindness was unknown and apart from another uncle who was blind in his old age, there were no other blind folks in the community. Folks said his condition was caused by enemies, witches, or wizards. He had been involved in a land tussle and subsequently lost his sight in the cause of the conflict.

Many concluded that was what led to his loss of vision. We had no eyes doctor or any other doctor for that matter. Even if we did, folks distrusted such treatment and preferred sticking to traditional remedies.

All illnesses were treated with herbs, roots, and barks of trees. Some herbalist had given him some concoction, but that merely aggravated the problem.

So, the poor man lost his sight. If his challenge bothered him, he never whined about it.

He lived and died all by himself. He was not a recluse. He visited us every Sunday on his way to church and related sociably with others.

Uncle was a stickler for cleanliness. To him the saying that cleanliness is next to godliness was a sacred creed to live by. He swept his house often, dusted and polished his meager furnishings until they shone and reflected light.

Folks thought it odd for him to do all that when he did not have sight to see. But Uncle Sunday was a strict hygienist. He cared nothing about what folks thought but was satisfied he lived his standards.

I was always astonished to see him walk about his house without stumbling. Wondering how he did that, I would sometimes shut my eyes and try out his feat at home. Often I fell and hurt myself.

He had a garden by his home. Like his house this too was sparkling clean. While his neighbors’ gardens were overgrown with weed, there was nothing straggly about his. In his well-kept garden, he planted okra, fluted pumpkins, assorted vegetable, garden eggplants, and sugar cane. This last plant gave me reason to sneak out and visit him often, for I was sure of something to munch.

As I approached his house a few yards away, he would call out my name. He knew me from my footfalls as indeed he did everyone else. Uncannily, he made up for his loss of sight with a heightening of other senses. He had an ear for sounds, a nose for smells, and a very powerful sense of touch.

I went by the name Boy K to him. It was a fancy way of calling me the knocked-knee one. In my childhood my knees knocked so hard against each other that I often fell whenever I attempted to run. If anyone else called me by that name I flew into a grim rage, but not so with him. From his mouth and the way he said it, I responded with smiles. Though he did not see my face, I rewarded him with warm smiles of his own.

As I stepped into his house, he would reach for a machete and go for the sugarcane he knew I loved so much. With the knife he took off the bark of the cane and cut the sweet and juicy cane into chewable pieces for me. Sitting back, he would interview me about my siblings, parents, and progress at school. He repeated this no matter how often I visited.

Following that, he would sit beside and regale me with stories from the Bible. The trials and faith of Daniel, Shadrach, Meshach, and Abednego never failed to bring copious tears to my eyes. He would wipe my tears and say if I felt so strongly about them I should make sure that I lived by their exemplary faith.

That was the scary part. Since our skies were always burning with the sun I had a pretty good idea of the kind of fire our heroes faced. As for the lion part, I had seen at home the savage way our cats made mincemeat of the mice that dared sneak up to steal Mother’s corn and fish. If our little cats could do that I was left in no doubt what their bigger jungle cousins could do to anyone that dared disrespect their space.

I would instantly stop sobbing, for that part of the story unfailingly sent chilling shivers down my young spine.

Uncle Sunday was a member of Faith Tabernacle church, a strict and ascetic sect. Members were not allowed to take any medicine when sick. Illness was a trial of faith and the only solution was fasting and the laying on of hands by church elders for the relief of their sickness and affliction.

It was such a torture seeing my loving uncle toss and turn on his bed when he came down with malaria. But nothing was more touching than seeing him get back on his feet after refusing the tablets of quinine my parents offered every family member that burned with the dreadfully exacting fever.

He walked six miles every Sunday without fail under sun or rain to his church where he taught Sunday school. He had to get there earlier than anyone else to welcome members and visitors. On his way was a river with a wooden bridge in ruins because of age and neglect. Some boards on the bridge had rotted and fallen into the river.

That was the only point where he needed help to get to his destination. As he passed by our home he would call on his Boy K to guide him over the treacherous bridge. Happy to return his love and kindness, I always looked forward to his Sunday visits and would sprint to his embrace once I heard the tap, tap, tap of his walking cane.

I would see him through the bridge, silently praying my blind uncle should come to no harm as he made the rest of the journey.

When he passed, a fellow nephew attempted to sell his burial plot. Enraged, I raised a loan and bought it so that someday I would erect a tombstone for my childless, blind, faithful, departed uncle whose steadfast faith prepared me to recognize and accept the restored gospel.