Regular self-evaluation is a good thing, including maintaining, honestly, a temple recommend and considering each of the five covenants as they are being repeated in the endowment ceremony. Isaiah’s three tests of loyalty are also a good measure of our relationship with God. 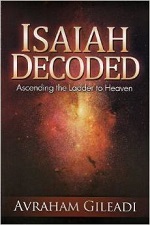 Avraham Gileadi, a convert to the Church, wrote Isaiah Decoded, a book that describes the three tests prophesied by Isaiah for our time. Gileadi is a Jew, born in New Zealand, who immigrated to Israel and earned a PhD in Hebrew and Mid-east Studies, focusing on Isaiah. He has written eight books based on new information found in the Dead Sea Scrolls.

Joseph Smith said we must be tested to the very limit — nothing less can serve us as the refiner’s fire. As explained by Gileadi, Isaiah taught that though the form may be different the same three tests of loyalty to God are required of every generation. As well as our eternity, God’s protection for us and our families is conditioned on passing these tests. Each of the three can be divided into two sub-categories:

The first test is Appetites.

A. Sensual gratification, such as immorality and addictions.

B. Ambition and greed, including money, power, and fame. Many otherwise faithful seem to have the attitude that they desire exaltation and place it first on the list — right after the “American Dream”. President Hinckley, in an area conference, commented sardonically on all the new “hotels” being built south of Salt Lake City.

The second test is Religion.

A. Not searching for and following the true Gospel of Christ, including embracing “the philosophies of men mingled with scripture” as well as atheism.

B. Abuse of ecclesiastical authority, including leading others astray with false teachings or driving them from the truth by poor example or unrighteous dominion, as discussed in D&C 121. This can be particularly heinous within families.

The third test is Politics.

A. Capitulating to society. Though Christians are no longer killed for refusal to compromise their beliefs, intense coercion may be applied and must be resisted.

B. Assent to “Babylon,” such as supporting those who promote abortion, homosexuality, and a “living” Constitution, with the rationalization that “those policies do not affect me.” Maybe not, but fidelity to God is being tested and going along is more than just flirting with disloyalty.

In just one generation western civilization has gone to hell. “Cursed be he that calleth evil good and good evil.” The poet warned that vice, first hated, becomes tolerated and then embraced.

Things that were considered the grossest abominations are now worshiped and those who refuse to bow down at the altar of immorality and infanticide are vilified as bigots by those in Lehi’s “great and spacious building.” Some people in California, as a result of Proposition 8, were fired simply for being members of the LDS Church.

As the fallout continues, even some members of the Church have become disaffected. Rationalization is one of humanities’ greatest talents, and high-sounding euphemisms, such as “pro-choice,” “equality,” “love and acceptance,” “alternative lifestyles,” and “right to privacy” are used to disguise sin and rationalize abhorrent behavior. “Even the elect may be deceived.”

Prophets since Isaiah have warned of intensifying calamities as the world becomes more evil, and there will be increasing war, disease, and natural disasters. It is a time for the faithful to turn to the Lord and reaffirm our loyalty to him. Not only our eternity depends on it, it is our only security in mortality: “If ye are prepared ye shall not fear.”