This week’s column contains a potpourri of products for the LDS market, but they go beyond those usually found in an LDS bookstore — in good ways. 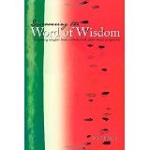 D&C 89 is familiar to most of us; we refer to it as the Word of Wisdom. And most of us could rattle off the “don’ts” about coffee, tea, tobacco, alcohol, and illegal drugs. It’s the “do” part of it we’re a little fuzzy on. Jane Birch, assistant director of the BYU Faculty Center, is out to change that with Discovering the Word of Wisdom, aptly subtitled “Surprising insights from a whole food, plant-based perspective.” (No, WFPB does not stand for White Flour/Peanut Butter.)

Birch’s purpose is not to convert us all, but to enlighten and clarify so that we may make better choices that enable us to live more healthfully. She presents facts from well-respected researchers and her own studies as well as anecdotal evidence she calls “Real Mormons, Real stories,” told by people who’ve seen firsthand the benefits of eating more mindfully.

Birch’s approach is never preachy or healthier-than-thou. She offers simple, straightforward explanations and implications of “the flesh of beasts,” “wholesome herbs and fruits,” and “all grain is good,” along with an extensive bibliography for those who really want to get into a study of the subject.

Admitting her own reluctance and the challenge in learning to prepare and enjoy “this strange stuff,” Birch speaks as a trustworthy compatriot in the fight for a healthier lifestyle. A chapter titled “Overcoming Challenges” will be particularly useful to someone making this major dietary change.

Readers will likely find motivation as well as a guide to a fuller understanding of the Word of Wisdom in Birch’s well-written book (Fresh Awakenings 2013, 213 pages in soft cover, $11.95. Order at http://discoveringthewordofwisdom.com/buy-book/). 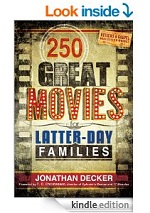 From a licensed marriage and family therapist with a bent for theatrics comes a handy tome, 250 Great Movies for Latter-day Saint Families (CFI 2013, 261 pages in paperback, $12.99).

Jonathan Decker, host of The KJZZ Movie Show and proponent of family-worthy films that hold post-movie discussion value, offers his take on a wide range of movies suited to family viewing. His brief reviews include a letter grade, content cautions, and messages to discuss together.

While most are rated G, there are several PG-13 options included in his list (among them: Harry Potter and Star Wars titles, and a 1998 dramatization of Les Miserables — not the gritty 2013 version of the popular musical).

Movies made for and by Latter-day Saints — some familiar, others not so, some rated, others not — also appear on the list (Midway to Heaven: B; Saints and Soldiers: A; Mountain of the Lord: B+).

Decker has taken care to add an index for genre as well as topics and separated film titles by ratings. This readable book is a terrific tool that could well be the best money a family spends for entertainment this year. 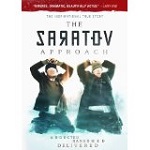 Speaking of movies, The Saratov Approach, the gripping true story of two LDS missionaries kidnapped in Russia in 1997, is now available on DVD. Garrett Batty’s surprisingly successful limited-screen release has been widely viewed by Mormons around the country since October.

Although too violent for kids, the story’s resolution is ultimately uplifting. A welcome benefit of having it on DVD is that those of us who feel motion-sick with the shaky camera technique can “pause” it. Extras include a “making of” featurette, news clips, trailers, and seeing the real-life Elders Tuttle and Propst on the set. A little pricey at around $25 on DVD or Blu-ray, but it’s a keeper. 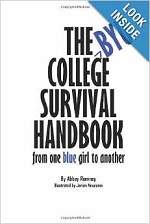 A good gift for high school coeds about to embark on college life is the pocket-sized The BYU College Survival Handbook, by Abbey Romney (Zion Book Works 2013, 62 pages in paperback, $9.99, or Kindle, $2.99). What seem on the surface like well-worn quips prove to be more when considered as jumping-off points for deeper thought: “Occasionally give something someone doesn’t deserve (do their dishes, do a chore, plant a treat).”