Piet Mondrian’s abstract art had a profound effect upon other artists, architecture, and graphic arts. His best-known paintings are immediately recognizable for their square blocks of solid primary colors separated by heavy black horizontal and vertical lines. They are totally devoid of recognizable images. 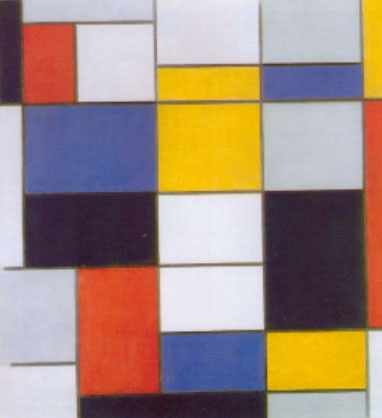 Composition A, 1920, National Gallery of Modern and Contemporary Art, Rome

Back in the late 1950s, when I operated my own advertising agency in downtown Washington, D.C., my art director, Gene Galasso (see Moments in Art, “ A Very Fishy Story”), frequently used Mondrian-influenced layouts for advertising brochures we produced for clients.

One of these was a fundraising flyer we did pro bono in 1958 for Dr. William H. Walsh and Project HOPE when it began. HOPE stood for Health Opportunities for People Everywhere. Dr. Walsh raised money to convert a World War II hospital ship that, with voluntary medical staff, sailed to Third World countries to provide medical assistance and training.

Pieter Mondriaan (original spelling) was born in the Netherlands in 1872, and died in New York City in 1944. His father, a school headmaster, taught art, and an uncle was an artist. At 36, Piet became interested in the Theosophical Society of Helena Blavatsky, “who believed that it was possible to attain a more profound knowledge of nature than that provided by an empirical means.”

In other words, crudely put, the more you can make a tree look less like a tree, the closer it is to being a true tree. 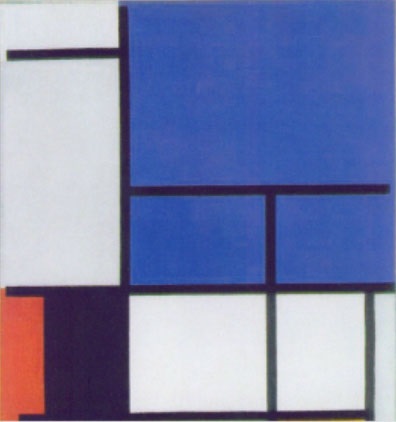 When Mondrian moved to Paris in 1911, he became enthralled with the new Cubist movement of Picasso and Braque. The uncertainties of World War II drove him back to neutral Holland.

While there he began using primary colors and delving deep into abstraction. With others he became a leader of De Stijl, an important movement of Dutch artists.

Returning to Paris, he plunged deeper into abstraction and the limitation of his palette to fewer colors. 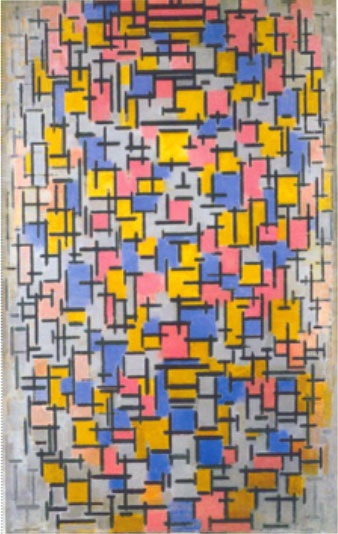 Anyone who watches American television is familiar with the ubiquitous Geico ads featuring the winsome green gecko. Few know that the company name originally was Government Employees Insurance Company. Its modern, large headquarters campus lies on the Maryland side of Western Avenue, which separates Maryland from the District of Columbia.

The CEO who took it from the limitations of government customers to a multi-billion-dollar insurance conglomerate was David Lloyd Kreeger.

Kreeger’s parents, emigrants from Russia, operated a small grocery store in New Jersey. He worked his way through college and law school by playing the piano in the Adirondacks summer resorts. In the early New Deal days he worked as an attorney for the U.S. Departments of Agriculture, Interior, and Justice.

In 1948, he and a group of investors bought into Geico. Six years later he was its president, and six years after that he became its chairman and CEO.

Like Jack Benny, Kreeger was an accomplished violinist, and at his home he was occasionally joined in playing with Isaac Stern, Pinchus Zuckerman, the Tokyo String Quartet, and the Cleveland Quartet. While serving as the head of the National Symphony Orchestra, he recruited cellist Mstlislav Rostropovich as concertmaster then director.

He founded the Washington Opera.

His keen interest carried over to the theater and the visual arts. He served on the boards of Arena Stage, the National Gallery of Art, the Corcoran Museum, Georgetown University, and the Peabody Institute of Music.

Along the way, he enjoyed good counsel from art dealers and museum officials, and he built distinguished collections of 20th-century art, sculpture, and prints. If you go to the Kreeger Museum web page and click on “paintings,” you’ll enjoy 100 of the collection’s best works.

Kreeger needed a home that would match the elegance of his large collection. He hired one of the most distinguished American architects, Hugh Newell Jacobsen, to design and build it on Foxhall Road in Northwest Washington. The cost: $1.9 million. 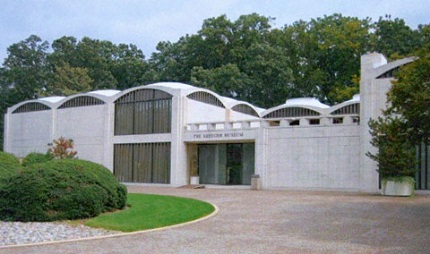 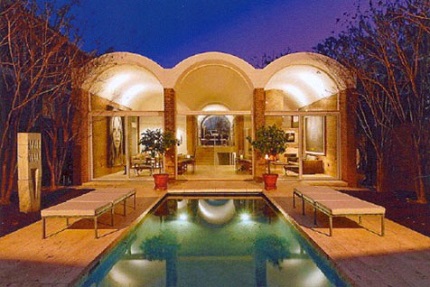 Looking into the Kreeger House from the back.

From the beginning, David Kreeger planned that his house would become a museum. Like the Marmottan Museum in Paris, it is insufficiently known.

After the Kreegers moved into their new home, they occasionally welcomed visitors who wanted to see the most modern house in Washington and the owners’ distinguished collection.

I have written about Nat Leeb in many of these “Moments.” Nat was a painter and a collector. He had a phenomenal visual memory, never forgetting any painting he saw firsthand or in a book. I took him and his wife on four trips around the United States and Canada during which we met the directors and chief curators of more museums than I can remember. He could match knowledge with the best of them, as we carpeted desktops with photographs of paintings from his collection.

Two weeks ago I wrote about Gustave Caillebotte. Nat owned three Caillebotte paintings — and lots of other things.

The Leebs were in Washington, and they wanted to see the Kreeger Collection. I called Kreeger to see if this could be arranged. He said he was welcoming a group of museum directors that afternoon. We would be welcome to join them.

I remember that one of them was the head of the fine museum in Kansas City, Missouri. The others were equally important.

Before the grand tour began, Kreeger led us into his office. Hanging on the wall was a large, unsigned landscape. He threw down the challenge, as he had often done.

“Can any of you identify the artist?”

One by one the museum directors shook their heads. Kreeger turned towards Leeb.

Kreeger’s jaw dropped. No one else had ever identified his mystery painting. Of course, Nat was correct. 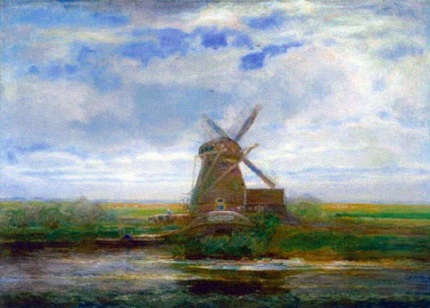