During my wanderings in American, Canadian, and European museums, I would occasionally encounter a painting by Emile Nolde. Nolde was just another artist among hundreds whose work I encountered. I wasn’t totally indifferent to his art. I just did not see enough of his work to be aroused.

Then, in a corner about as far away from Maryland as I could possibly get, I encountered a Nolde exhibition that blew me away. In a couple of hours Nolde went from being a cipher to being one of my favorite painters of the 20th Century.

Why had I seen so little of this German artist? The Nazis declared him degenerate. They collected all his art they could find and destroyed it — 1052 works. No other purged artist suffered so much.

One of the ironies in this condemnation: early on, Nolde had been a member of the Nazi party.

Nolde was born Emil Hansen of Danish and Frisian parentage near the village of Nolde in 1867. After World War I this bit of Prussia would be returned to Denmark.

Although his family were peasant farmers (the farm had been in his mother’s family for nine generations), that life did not beckon him. He had a gift for drawing. As a step away from the farm, he went to work as a woodcarver in a furniture factory. When he was 22, he was admitted to the Karlsruhe School of Applied Arts. This led to half a dozen years teaching industrial drawing in St. Gallen, Switzerland.

He was 31 when he decided he wanted to be a full-time professional artist. When his admission application was rejected by the famed Munich Academy of Fine Arts, he spent three years taking private lessons in Germany and Paris. 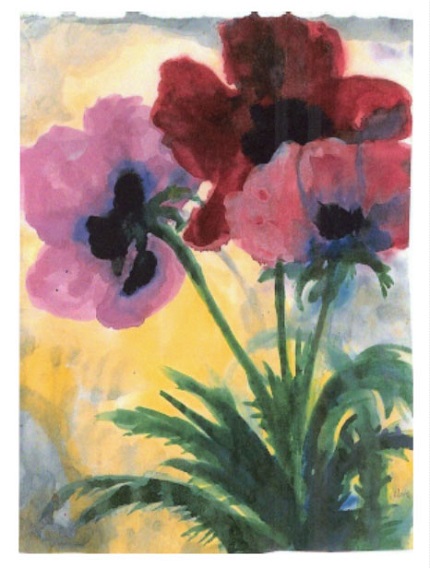 In 1902, he married a Danish actress, Ada Vilstrup. In 1904, they moved to Berlin. He began calling himself Nolde, perhaps because that was more German than Hansen. In Berlin he became friends with Karl Schmidt-Rotluff, another artist who was breaking barriers. In succession, Nolde became associated with three very avant-garde groups who were turning German art topsy-turvy.

First he was a part of Die Brucke (The Bridge), before drifting into the Berlin Sezession (Secession). He didn’t much fit in with either group. He then exhibited with Kandinsky, whose Blaue Reiter (Blue Rider), was the third of the groups and perhaps the most radical.

These movements put German art on the world forefront. Nolde was making a strong but controversial reputation.

When the Great War erupted, Nolde was beyond military age. In the post-Versailles German social upheaval, Nolde became a member of the Nazi party. He could not have had any idea how badly the Nazis would treat his art once Adolph Hitler came to power.

In 1927, Nolde’s sixtieth birthday was celebrated in an official exhibition in Dresden. He became a member of the Prussian Academy of Fine Arts in 1931. Two years later he was offered the presidency of the State Academy of Arts in Berlin. But Hitler had taken full power.

Hitler was a failed academic artist. He hated everything about modern art — even though his henchmen began pillaging Jewish collectors and conquered countries for modern masterpieces that would go into either personal collections or a grandiose planned state museum.

Nolde received his first warning that bad things were to come when his paintings were included in a 1937 exhibition of “Degenerate Art” in Munich. In vain Nolde protested his inclusion. Then the Nazis cancelled an official one-man museum exhibition honoring his 70th birthday.

The Nazis would confiscate and destroy this “degenerate art.” Nolde saw a lifetime of work wiped out. If there is no record, there is no artist. The Nazis were erasing him.

After 1941 he was ordered to surrender everything he had painted in the last two years, and he was not allowed to paint again — not even in private. Nevertheless, he surreptitiously painted hundreds of small watercolors and hid them. He called them his unpainted pictures.

After Germany was defeated, Nolde was rehabilitated. His work, what there was of it, came out of hiding. In 1952, the new Federal Republic of Germany gave him the German Order of Merit, the country’s highest civilian honor.

In November, 1981, Frances and I were in Tokyo for the opening of an exhibition of Neo-Iconography by Tsing-fang Chen. We were there as the guests of a Taiwanese businessman who was the moneybags for the Formosan Independence movement.

We were given the guide services of a young Japanese businessman who was familiar with the art scene in Tokyo. He introduced us to gallery owners and took us to museum exhibitions, Western and Oriental.

In one of these museums we saw a huge exhibition of paintings by Amadeo Modigliani (1884-1920). I had always liked Modigliani, but I had never seen so much of his work in one place. The collection went on and on. It struck me that he was always painting the same few things over and over. My appreciation for the artist took a big dip.

At the National Museum of Western Art our guide took us to quite a different show: 32 paintings, 106 drawings, and 47 prints by Emil Nolde! 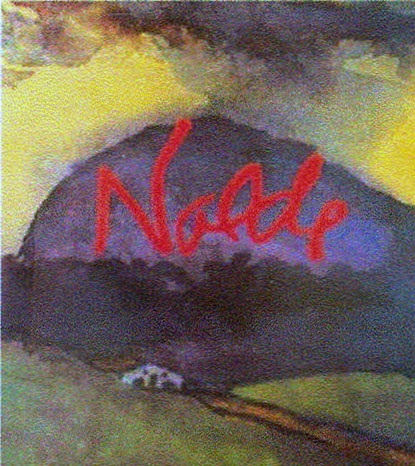 For this artist it was a gargantuan gathering.

Many of the displayed works were florals. Except the watercolors of French between-the-wars artist Louis Degallaix, I have never been much of an admirer of floral paintings. They tend to be over detailed and stagnant. Nolde’s florals were bright, simplified, expressionistic, and captivating. 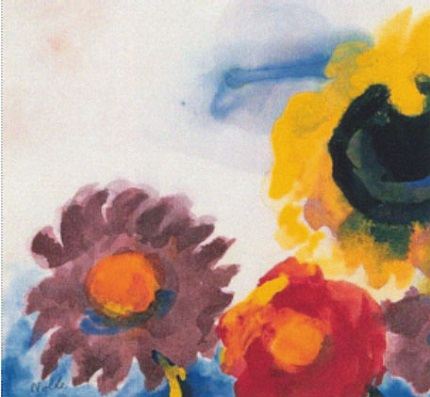 I was overwhelmed, not just by the florals but by everything on display. My appreciation for this artist was transformed. I mourned for the more than 1000 pieces the Nazis had destroyed.

Of the thousands of paintings I’ve seen, if I could choose just a handful to hang on my walls, a Nolde would certainly be there.