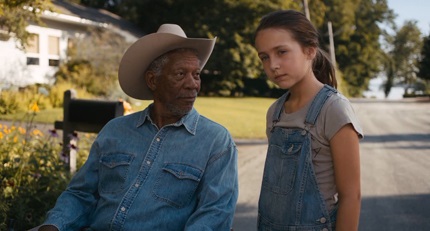 Penguins are strange birds. They have wings but can’t fly, they waddle around like somebody with their pants around their ankles, and they appear to be wearing feather tuxedos.

Sure, they’re fun to watch at the zoo, and they’re often cast as waiters in cartoons, but who would want to sit in a movie theater for an hour and a half watching a documentary about a flightless bird who spends most of his life standing around on a big piece of ice? Well, a lot of people, apparently. Myself included. When March of the Penguins came out it 2005, we may have bought the ticket for the penguins, but we stayed for Morgan Freeman.

Freeman’s narration is at once hypnotic, authoritative, and comforting, and it turned what could have been a direct-to-video documentary into an Academy Award-winning blockbuster that raked in more money that year than all five of the movies nominated for Best Picture! Yes, it was beautifully shot and edited, but so are a lot of nature pieces on the Discovery Channel and NatGeo. What made it special was the voice of Morgan Freeman.

But that’s not really surprising, because Morgan Freeman has made a career out of turning in consistently phenomenal performances. And it doesn’t seem to matter whether he’s the headliner or in a supporting role, he owns whatever part he plays.

Somehow, over the years, Morgan Freeman keeps showing up in many of my favorite movies: Glory, Driving Miss Daisy, Unforgiven, The Batman Trilogy, The Bucket List, The Shawshank Redemption. But he’s also shown up in plenty of other movies that were better than they should’ve been, simply because he was in them: The Power of One, Bruce Almighty, Evan Almighty, An Unfinished Life, and one I just watched for the first time: The Magic of Belle Isle.

The movie itself is slightly predictable, but under the skilled and careful direction of Rob Reiner and with a gently compelling performance from Freeman, this movie is elevated from what could have easily been a Hallmark Channel original to a family film well worth watching.

Freeman portrays Monte Wildhorn, a once-popular writer of western novels who hasn’t written a word since his wife died of cancer, finding solace instead in bottles of mash whiskey. Monte, who is also confined to a motorized wheelchair, begrudgingly agrees to spend the summer house-sitting (and dog-sitting) for someone his nephew Henry knows.

Henry (Kenan Thompson) hopes his uncle will stop feeling sorry for himself and start writing again, but Monte ignores regular phone calls from his agent Joe Viola (Kevin Pollak) and wants nothing to do with the quaint, lakeside village in upstate New York where he’s stuck for the next couple of months.

And then Monte meets Charlotte O’Neil (Virginia Madsen) and her three young daughters. Charlotte has just gone through a nasty divorce and is trying to raise her girls on her own in the house that was built by her grandparents, and where she used to spend her summers as a girl.

What happens next is the magic part of The Magic of Belle Isle, but not in a hocus-pocus kind of way. The magic is the transformative power of people becoming invested in each other’s lives, and finding strength and capacity that they never knew they had.

Summing it up, it all sounds pretty predictable, and, in fact, I put off seeing it for months because it seemed like it was shaping up to be the same movie I’ve already seen 50 other times. But it wasn’t. It was an honest story about good people who’ve been beaten and bruised a bit by life, people who want to put the pieces back together but don’t really know how to do it. But, just like in real life, the answers come when they wade out of their shallow pools of self-pity and start to care about other people.

This is not a love story, in the conventional sense, but it is a story about love. Too many times in Hollywood, the only way the moviemakers can figure out to convey love is by having folks hop into bed with one another. Real love is deeper than mere animal attraction, because it inspires people to make sacrifices, to step outside of comfort zones and be willingly uncomfortable for someone else, because you care more about them than yourself.

So The Magic of Belle Isle is a sweet story filled with characters I cared about. It won’t make my relatively short list of greatest movies ever made, nor will it be dumped in the ever-burgeoning pile of garbage movies I wish had never been made. It’s on that list of films I’m glad they made, and I’m glad I watched.

And, like the penguin movie, I’m glad they invited Morgan Freeman to be a part of it, because otherwise I might’ve missed a good one. 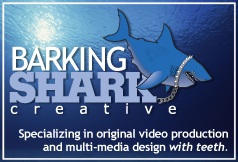