The Church has a new website to help members from the People’s Republic of China who join the Church overseas. In many cases, they return to China and are confused about the rules here and the proper way to both live their religion and be good citizens. Clarity and help are available now at MormonsandChina.org.

Here in Shanghai where I live, we have three vibrant branches of foreign passport holders. We meet regularly in a beautiful facility and can sing, worship, teach, and hold meetings like anywhere else — for those with foreign passports and their family members.

There are also native Chinese who are faithful members, but we don’t involve them in our religious activities and we don’t do missionary work among the native Chinese. It takes some getting used to, but the system here is livable and, in many ways, quite generous. We really are treated well here as Latter-day Saints, but we work hard to earn and preserve the trust that we have been given. We keep the rules.

Unfortunately, I've had several Americans back in the States tell me that they heard of someone or even thought they might know someone who had received a “secret” mission call from the Church to go on a mission in mainland China. The main version of this rumor has the missionary receiving a mission call letter that doesn't say what the mission is, but just gives a phone number to call.

The missionary calls the number and soon is speaking with President Monson himself. Wow! President Monson then asks the missionary if he or she is willing to serve for three years, with one year in Taiwan and then the last two years in Mainland China. It's all very TOP SECRET, the faithful missionary is told, which is why it's quickly shared with numerous acquaintances and strangers around the world.

I've heard this from a few people myself. For those who “know” someone who had this secret call, when I press for details, they don't exactly know the person, but maybe “know of” it from a second-hand source. They don't even have a Photoshopped mission call letter to substantiate the claim. Not a very sophisticated hoax.

How do these things get started? A malicious lie, or was someone confused about a nephew's call to Hong Kong and conflated that with some other story? Is a stupid mistake coupled with unintentional exaggeration by other parties the cause, or is there some malicious soul out there with nothing better to do?

This silly rumor resonates with the arguably excessive interest that a lot of Mormons place on China (well, it's OK for me to be interested because I live here and love China). China is important, yes, but when it comes to getting excited about the future of missionary work, why not be excited about the billions of untaught people all over the world that we can legally teach but aren't reaching?

India has a billion people — why doesn't India get its fair share of interest and wild rumors? Why aren't we hearing about, say, the secret Mormon temple deep inside the Taj Mahal — oops, that was TOP SECRET. Please don't put this on the Internet.

But there is something magical about China. It charms me every day, captivates me, and taunts me with the sense of hidden treasures of knowledge waiting to be revealed. Its richest treasures, in my opinion, are in its people.

To my surprise, I have found that I love being among the masses in big cities, in crowds, heavy in noise and jostling and chaos, because I love seeing, watching, and meeting the people of China. I explained this to some Chinese friends at lunch today who wondered why I would want to be in crowded China instead of the quiet of Wisconsin. I love Wisconsin and hope to go back, need to go back, but at the moment I am irresistibly drawn toward China and its people.

Part of the magic of China is expressed in the phrase yuan fen (缘分) which refers to seemingly accidental encounters that have destiny behind them. So many of the miracles I have experienced in China are tied to this concept. So many of the rich friendships I now enjoy here began as chance encounters.

One of these chance encounters happened a few weeks ago, leading me to become friends with a poor family of farmers in a distant province that I many never see. But on my way back to the office after lunch at a good Chinese restaurant, my eyes were drawn to a father and his little son whose leg was badly deformed. He could walk, but the way his leg curved outward to the side instead of going straight up and down made it look like it would snap under the weight of his thin body. Every time he stepped with his bad leg he had to stoop halfway to the ground in a difficult motion.

What a burden this must be, I thought, and wondered if they had seen a doctor. I couldn’t let that thought go, and spent several minutes trying to argue myself out of doing anything. But I ended up following them for about 100 yards. Do I dare approach them? They looked like they were from the countryside, and I worried that they wouldn’t speak Chinese that I could understand. Won’t I just embarrass them and make things worse?

I prayed to know if I really should step forward, and try as I might to just turn around and go back to work, I felt I had to do something. So I approached them, and, as if it were my business somehow, asked the father about the boy’s leg. The father spoke too quickly and with what seemed like a difficult accent to me, and my Chinese is still often inadequate even when it’s pronounced clearly in standard dialect, but to my delight, another person with them, a college student, the cousin of the young boy, spoke excellent English and was able to fill in the gaps.

It’s a long story, but the father and the boy were here in Shanghai to finally get medical help. The boy had a terrible infection as a baby that made his knee swell terribly, and after that, his leg was bent horribly. He had some kind of surgery at age three, but it didn’t help much. Now the father was determined to get his son some help. He was acting on pure faith, in my opinion, determined to help his son, but had just gotten the bad news from the hospital that surgery would cost well over 100,000 RMB, but he was going to have it done and find some way to pay.

I think a big part of why I needed to get involved was to help them recognize the need for a second opinion. I helped them see an excellent and experienced physician at a leading hospital who explained what was wrong with the recommendation of the first doctor he had seen. The first doctor wanted to operate on the hip and the knee at the same time, but the hip surgery, including an artificial hip, should wait until the boy’s bones had quit growing. Doing that surgery now could greatly complicate recovery and make things worse.

The father wasn’t entirely convinced, but then I arranged for two very kind LDS doctors in the States to look at the x-rays and photos and offer their comments, and they gave further clarity into the problems with hip surgery now. Perhaps as a result, the father made what I think and hope is the better decision. That may be the main purpose for my involvement in this case. But it may not be the only reason.

As I write, the boy is about to wake up from several hours of complex surgery. This surgery costs 50,000 RMB, about $8,000. The father has been able to come up with 20% of that cost as a down payment. When the boy leaves in a couple of weeks, if all goes well, his father will need to make the rest of the payment. He isn’t sure how he will do that, but I admire his faith.

I’m hoping, with the help of some of you, perhaps, to raise some funds to make that goal a reality. If you are interested in helping this brave family get their son back on his feet, let me know at jeff at jefflindsay.com. Think of it as your chance to make a difference in China and help a boy with vast potential live a better life.

Here are some related photos, shared with permission. 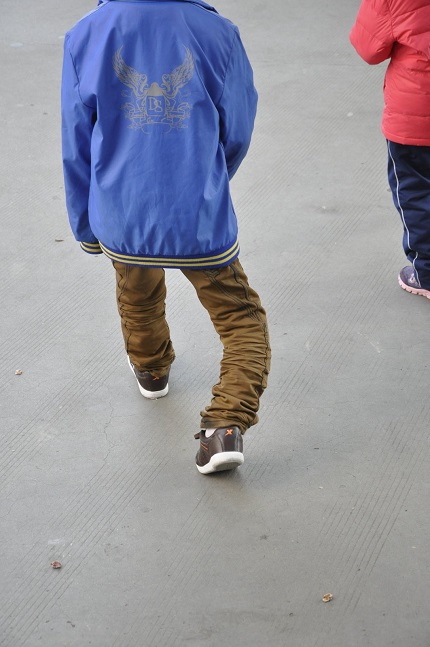 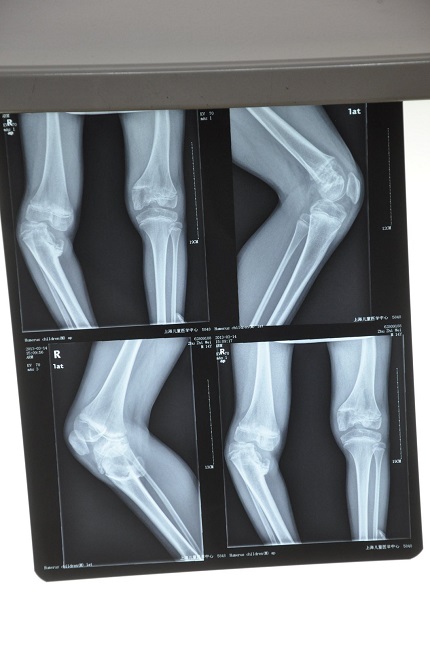 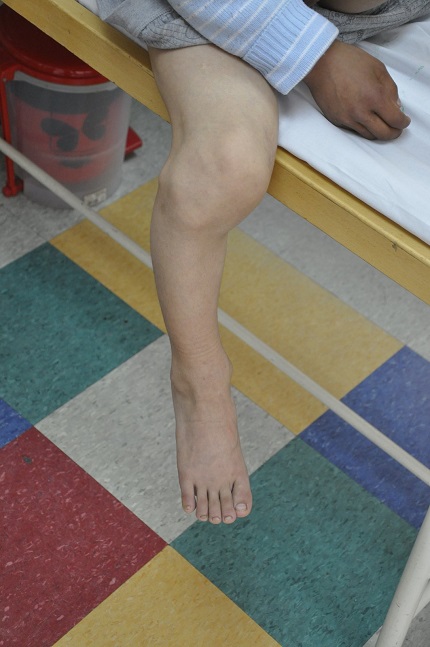