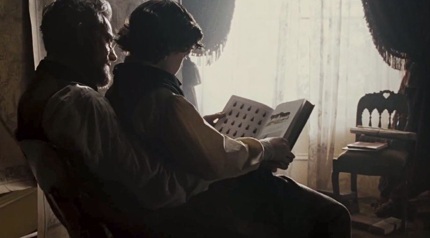 Abraham Lincoln was, in many people’s opinion, the greatest U.S. president ever. I happen to share that opinion, and have enormous respect and reverence for the man who shouldered the unfathomable burden of preserving the Union through the bloodiest conflict our country has ever endured. His life is absolutely fascinating, so rich with remarkable events and happenings that what is fact at times seems like folklore because it is incredible that so much could have happened in one person’s lifetime.

He was born in rural Kentucky in 1809. His parents were dirt-poor and barely educated, and they moved around, to Indiana and finally to Illinois. As a child, he nearly drowned but was saved by a playmate. He learned to read from the family Bible. When he was still very young, his mother, Nancy Hanks, died suddenly. His father remarried Sarah Bush Johnston, who helped raise young Abe, and he grew closer to her than his biological father.

As a young man, he ferried passengers to a steamer on the Ohio River, and he transported produce down the Mississippi on a flatboat to New Orleans. Then he was a store clerk in New Salem, Illinois, as well as postmaster. He was captain of a volunteer company in the Black Hawk War of 1832, but never saw combat. That same year he ran for the Illinois legislature and lost. Two years later, he ran again and won. While serving, he studied law and was admitted to the bar in 1837, upon which he moved to the state capital of Springfield.

He married Mary Todd in 1842, then was elected to Congress in 1846 and moved to Washington. When his term ended, he returned to life as a Springfield lawyer, but the issue of slavery prompted him to return to politics, and he ran, unsuccessfully, for the Senate in 1854 and 1858. But his oratorical prowess gained national exposure in his debates against Stephen Douglas, and that exposure ultimately led to his unlikely nomination for President on the Republican ticket in 1860.

Lincoln won the election with less than 40 percent of the popular vote, a fact made possible because there were four candidates competing in the final election. His victory deeply troubled some of the southern states, in part because of his avowed opposition to slavery. South Carolina’s secession had a domino effect of other states following suit and the organization of the Confederate States of America. When Lincoln tried to reinforce Fort Sumter at Charleston, South Carolina, the Confederate forces resisted, and the first shots of the American Civil War were fired.

President Lincoln vowed to preserve the Union, the Great Experiment, whatever the cost. The reasons for the rebellion were many and complicated, but the issues of states’ rights and the fate of slavery were woven tightly into the fabric of the war. Indeed, how could they not be? These were issues the states had wrestled with since before they were united, when they were still subjects of the Crown, and that was not so long ago, as Lincoln so eloquently reminded everyone at the dedication in Gettysburg.

"Fourscore and seven years ago our fathers brought forth on this continent a new nation, conceived in liberty and dedicated to the proposition that all men are created equal. Now we are engaged in a great civil war, testing whether that nation or any nation so conceived and so dedicated can long endure. We are met on a great battlefield of that war. We have come to dedicate a portion of that field as a final resting-place for those who here gave their lives that that nation might live. It is altogether fitting and proper that we should do this. But in a larger sense, we cannot dedicate, we cannot consecrate, we cannot hallow this ground. The brave men, living and dead who struggled here have consecrated it far above our poor power to add or detract. The world will little note nor long remember what we say here, but it can never forget what they did here. It is for us the living rather to be dedicated here to the unfinished work which they who fought here have thus far so nobly advanced. It is rather for us to be here dedicated to the great task remaining before us--that from these honored dead we take increased devotion to that cause for which they gave the last full measure of devotion--that we here highly resolve that these dead shall not have died in vain, that this nation under God shall have a new birth of freedom, and that government of the people, by the people, for the people shall not perish from the earth."

Lincoln was elected to a second term. He signed the Emancipation Proclamation. He was instrumental in passing the Thirteenth Amendment to the Constitution. He was a shrewd politician, a gifted speaker and storyteller, a man of faith, a loving father, a long-suffering husband, and a failure in business and politics. He was a defender of the Constitution and a manipulator of the Constitution. He was beloved of many and despised by others. His physical health took a tremendous toll during his presidency, and three of his four sons never lived past the age of 18. As fierce as was his determination to defeat the South and end the war, his desire for generous and peaceful reparations was equally determined.

“With malice toward none, with charity for all, with firmness in the right as God gives us to see the right, let us strive to finish the work we are in, to bind up the nation’s wounds, to care for him who shall have borne the battle and for his widow and orphan, to do all which may achieve and cherish a just and lasting peace among ourselves and with all nations.”

Days after Robert E. Lee surrendered to U.S. Grant at Appomattox, Virginia, Abraham Lincoln lay dead from an assassin’s bullet. He was a man of remarkable character and contradiction who left an indelible mark on the pages of history.

So with so much to work with, making a movie about the life of this revered president in the hands of a man with the cinematic resources of Steven Spielberg should have been a masterpiece. And it almost is.

The film is shot beautifully by Janusz Kaminski and scored by the legendary John Williams. The cast is hemorrhaging with talent, in parts both large and small. Daniel Day-Lewis is Abraham Lincoln. I don’t mean he is acting like Lincoln, but rather he becomes Lincoln in every sense of the word. It is an amazing transformation, and his physical appearance and mannerisms are complimented by what notable Lincoln historians say is probably a very accurate vocal performance, as well.

I had great anticipation for Lincoln, assuming it would dig deep into the complexities of the man and his circumstances. But instead, it seemed to graze the surface of his life, constraining us to watch from the street through a half-open window instead of inviting us into the room. In point of fact, the movie might have been better titled “The Thirteenth Amendment,” or “Hurry Up And End Slavery Before The War’s Over.” I realize, of course, that you can’t tell the entire story of a man’s life in a couple of hours, certainly not a life as complicated as Abraham Lincoln’s. But it felt, at times, as if he was just one of the many historical figures who figured into the story, not the focus of the story.

And there were a few historical issues that bugged me a little. The idea that by 1865 the war might have come to an end with slavery still intact was preposterous. More than three million slaves had already been freed by the Emancipation Proclamation, and five southern states had, independent of the Union, abolished slavery on their own. And the great work of Frederick Douglass and Susan B. Anthony and others was also in full stride, even as former slaves were in open revolt against their former masters. Slavery, as an American institution, was dead, and the amendment was practically a formality. But it was a crucial formality, nonetheless, and permanently fixed what many of our founders wanted to do in the first place but could not, not without sacrificing the nascent republic itself.

Lincoln’s propensity as a storyteller was brilliantly portrayed, as he deftly dropped anecdotes into almost every conversation in such a way that captivated his companions and confused his opponents. This is well-documented about Lincoln, and the film brings it to light with great finesse. On the other hand, while Lincoln was not adverse to using profanity from time to time, those who knew him never heard him take the name of The Lord in vain, but for some reason, we hear it a time or two in the movie.

I understand that artistic license allows historical filmmakers to enhance and fabricate elements of the story to further the story itself, and to fill in holes that history simply cannot fill. But one of the rather bizarre but intentional errors (some people call that a lie) was the misrepresentation of how the votes were tallied for passing the amendment. Firstly, in reality, the voting would have been done alphabetically by representative. The movie portrays it happening state-by-state. Not a big deal, I suppose, but unnecessary.

A bigger deal, in my opinion, was the need to falsify the voting record from what it actually was. The vote was close enough for real-life drama, and there were certainly many who voted against it. But nobody from Connecticut voted against it -- except in the movie. Lincoln actually has two votes being cast against the amendment from the state of Connecticut, which in reality was 100 percent in favor.

I don’t have a clue why Mr. Spielberg felt like that was necessary, to fabricate opposition where it didn’t actually exist, when there was plenty of opposition coming from other places! It’s the kind of thing that gets stuck in my craw, not because it wasn’t true, but because it wasn’t necessary for any reason whatsoever. There’s a difference in my book between arbitrary and artistic motivation, and when the former happens at the sake of the reputation of actual people in actual, documented events, well, that’s just reckless and stupid.

It probably sounds, at this point, as if I disliked Lincoln. I didn’t, actually. I think that, by and large, it is a beautiful snapshot of a moment in time and the man of that moment. It is respectful of the memory of a man who deserves respect and admiration for a life given wholly to his country and the cause of freedom. Maybe what I experienced was kind of what happens when you meet someone you’ve long admired, and you are not disappointed when you finally stand in their presence, but when the encounter is over you find yourself longing to know them better, to spend more time with them though the moment has passed.

I wanted to know President Lincoln better when I saw this film, and I suppose I do. But it doesn’t completely quench the desire to have had more time to sit and observe and listen to him talk, to measure the man and the myth and still be in awe of the man. So if I came away satisfied yet still hungry, it must have been a pretty good story after all.