Only child Marianne Morosova (her last name changed with three marriages) led a scarlet life that included espionage, cavorting with some of the biggest political figures in Turkey, and escapades on three continents — until she met a pair of Mormon sister missionaries who knocked on her door in Bethesda, Maryland.

Those political figures included the notorious Franz von Papen, the Third Reich’s war-time Ambassador to Turkey who helped bring Hitler to power; Kemal Ataturk, who dragged Turkey into the 20th Century; and her second husband, who was in charge of British intelligence in the Balkans during World War II.

Her White Russian family had been very, very rich. Because their wealth included textile mills in England, they were rich even after the Bolsheviks drove them out of Russia. Before settling in Istanbul they lived in the best hotels in England, France, and Germany. Marianne said the first words she learned were “room service.”

I baptized Marianne, helped spring her from the Maryland state hospital for the insane, and spoke at her funeral.

There are a lot of stories in her life — many of which I have written — but this column must confine itself to art.

In 1985, in the middle of the cold war, efforts were being made on both sides to soften the distrust using various cultural exchanges. One of these was an exchange of art for exhibition between Washington and Moscow. The Russians would send 40 works of art from the Pushkin Museum of Fine Arts in Moscow and the Hermitage in Leningrad to the National Gallery of Art in Washington, D.C. The National Gallery would send a group of its paintings for show in Russia. This was hailed as a milestone in detente. 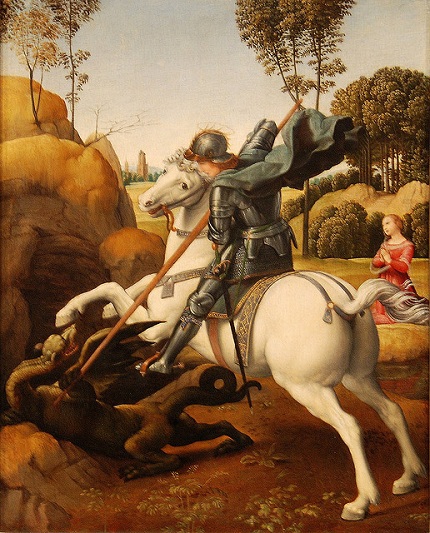 The collection from Russia comprised Impressionist, Post-Impressionist, and Modernist art, including nine paintings by Gauguin, eight each by Cézanne and Picasso, six by Matisse, and three each by Monet, Renoir, and Van Gogh. 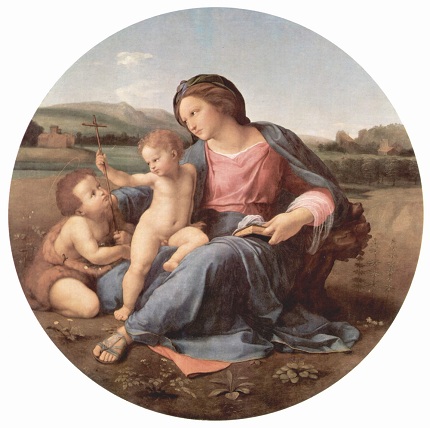 The Alba Madonna by Raphael.

I asked Marianne if she were going into Washington to see the show. She shook her head emphatically. She was not. “It would only make me mad. Lots of those paintings were stolen from my family.”

During the last decades of the 19th century, Jacques Seligman established himself as one of the most important art dealers in Paris, setting up the famous Galerie Seligman on the super-tony Place Vendôme and later adding the Palais de Sagan, a magnificent 18th century Paris house, as a showplace for his art. A New York gallery became part of the mix.

Jacques was succeeded by his son Germain, who added to the family luster.

In the fall of 1927, a mysterious group of Russians sought a meeting with Germain. They alluded that they represented the Bolshevik government. They implored Germain to come to Moscow to look at some art. Reluctant, he finally agreed.

The train trip was tortuous, made worse by the post-war geographical remapping of Europe. Estonia, Latvia, Lithuania, and the Polish Corridor were crossed in sealed cars. After Seligman finally arrived in Moscow, and was virtually forced to visit the makeshift tomb of Lenin, he was “shown into a vast hall filled with rooms of immense wooden trestle tables on which was spread the nationalized property of the revolution.”

Although the mass would fill thousands of episodes of Antiques Roadshow, there was little art. He was shown more rooms, all stuffed with more confiscated property, from which the Reds wanted him to select pieces to sell in the West. He was not interested in this stuff.

After days of wrangling, Germain was shown the reserves, the great art that he had seen in Russia before the revolution, including Impressionist and Post-Impressionist paintings from the fabled Morosoff collection. No deal was struck.

Germain returned to Paris, made a trip to New York, came home, and was again confronted by the Russians. They wanted him to take charge of selling everything he had seen in Moscow — and probably a lot more looted and being kept in other cities. He would have to make choices of what would be included in various trainloads of goods sent west.

Seligman consulted with auction houses, lawyers, and the French government. Only a decade had passed since the Bolshevik revolution, and France, the rest of Europe, and America were alive with White Russians, the previous owners of much that the dealer had seen. Viewing a tsunami of inevitable legal assaults, Seligman declined.

At the peak of the world-wide Depression soon after, Russia was strapped. Word filtered out that Moscow was willing to sell some of its great treasures from the Hermitage for cash. Thus it was revealed in 1933 that for $6,654,000 Andrew Mellon had purchased 21 of the Hermitage’s greatest paintings, to be given to the new National Gallery of Art, which even today is often referred to by old-line Washingtonians as the “Mellon Gallery.” There was no litigation here: these paintings had not been looted.

But 85 years later, Seligman’s worry persists. Our diplomats insist that under American law art loaned by Russian museums is immune from seizure, but last year Russia withdrew promised loans because of lawsuits by a Brooklyn organization to gain control of an important Jewish library in Russia.

Wars and nationalizations have caused huge relocations of privately and publicly owned art, but those tales are for other “Moments.”