Jean Piaubert (1900-2002) was a painter of considerable international reputation. His abstract works are in the collections of the Guggenheim museum in New York and probably 50 other museums in places like Paris, Rome, Santiago (Chile), Copenhagen, Reykjavik. In 1964, he won the Vermillion Crown of the International Center for Esthetic Research, only one of a long list of honors. 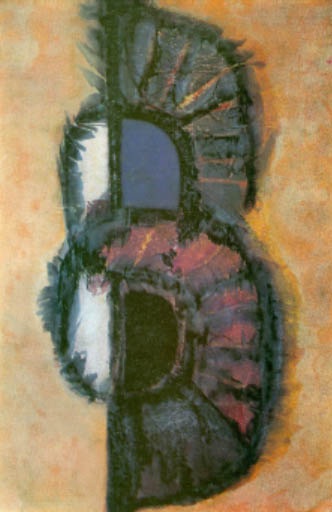 Piaubert, who lived to be 102, gave me one of the best art laughs I ever had, a conversation I have repeated many times.

I always spent time with him when I was in Paris. His wife, Jeanne, made a fortune manufacturing and merchandising high-end beauty products. Their home and his studio were in an apartment building on the ritziest street in the city, Faubourg St. Honoré. Whenever I was invited to have dinner with them they’d invite a couple of other guests. One was a designer of very expensive jewelry, something Jean had taken up.

Like many artists, Piaubert did not like to exhibit in big group shows like the famous Salons, where the artists have no control. They don’t like being associated with other artists who might have less standing, and they fear that their paintings might be unfavorably skied, that is, hung above others, high up towards the ceiling.

Piaubert was cajoled into participating in one of the big manifestations. After the paintings had been hung and the show opened, Piaubert decided to go look.

“Lawrence,” he said to me, visibly distraught, “they hung my painting upside down!”

Then with a pause, a smile, and a twinkle in his eye, he added, “I think it looks better that way.” 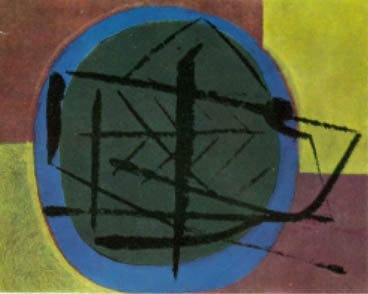 Decades earlier another Piaubert painting, also visually violated, had a much more revolutionary effect on the artist.

During the 1950s, a self-expressing form of abstract painting became America’s contribution to world art. An exhibition of this Abstract Expressionism at the American Pavilion at the Bruxelles World’s Fair in 1958 knocked the world on its ear; then, in 1964, the 32nd Venice Biennial gave American Robert Rauschenberg (1925-2008) its top prize. I was in Paris when that event created dumbfoundedness among the French.

Prior to Bruxelles, here and there independent artists in other countries had been turning similar ground. In France the pioneer was Piaubert. His unintended love affair began in 1935, more than 20 years before the full bang of the American explosion.

Just as accidents have accounted for many of man’s discoveries (photography, the x-ray, Bakelite, penicillin), an accident suddenly gave Piaubert artistic insights that would change him forever.

Piaubert painted a landscape that he called “The Gray Slope.” It depicted earth, woods, hill, and sky in something he described as sensory zones. The earth was painted first in a heavy, graphic fashion. The other elements were there so as to show a picture and tell a story.

Somehow in his studio some gremlin turned the picture upside down, and part of it was hidden by other canvases. Only one essential detail was visible, some furrows in the earth. Suddenly Piaubert saw his work as never before.