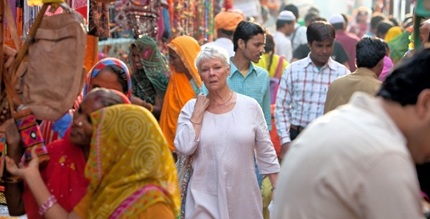 All of us are getting older. In fact, all of us are dying. From the moment we arrive here, we’re inching ever closer to leaving. When we’re very young, our views on aging are rather myopic, and somebody in their twenties seems pretty old. By the time you’re in your forties, 70 seems pretty young, all of a sudden. And somebody in their eighties thinks a 50-year-old is a kid. It’s all relative.

Along the way you learn that you can take good care of yourself, watch what you eat, exercise, get adequate sleep, and take your vitamins, and you still can’t avoid the inevitable. Sooner or later, your body will betray you, let you believe you can still do what you did when you were 18 — but it’s a lie.

Oh, sure, you may actually do some of the same things you once did, but you’ll find out the price has gone up considerably. Things that used to hurt for an hour or two now hurt for a day or two. Things that took days to recover from now take weeks. And sometimes, for no apparent reason whatsoever, you wake up in the morning with aches and pains of mysterious origins, and stuff just doesn’t work as well as it used to. So you occasionally also have to accept a new “normal.”

As a youngster, the inevitability of aging is practically incomprehensible. But as you begin to age, you gradually accept the idea that your body is changing and there’s nothing you can do to stop it. Your hair thins, your eyesight worsens, your belly sticks out, your joints ache, and so on. What seems increasingly unfair is that while your body slips past its physical prime, your mind may actually be sharper than ever, your desire for new experiences grows, and your appreciation for life is enhanced.

These geriatric musings are reflected in The Best Exotic Marigold Hotel, the story of seven senior citizens from Great Britain who all decide to leave England and enjoy their golden years in glorious Jaipur, India. Except for one married couple, none of the seniors knows each other.

For some, it is their first trip to India; for some it is really their first trip to anywhere. Their reasons for going are varied: there is a widow (Judi Dench), asserting herself for the first time ever, and very much against the advice of her grown and overly protective children. There is a retired high judge (Tim Wilkinson) who has lived a life of regret and is desperately looking for something he lost a long time ago. There is a long-married couple (Bill Nighy and Penelope Wilton) who has invested all their meager savings into their daughter’s internet start-up company and now face a very uncertain future.

A retired housekeeper (Maggie Smith) needs a hip replacement, something available more quickly and cheaply in India than in England. An over-the-hill Don Juan (Ronald Pickup) is still trying to play the games he did as a younger man, and a well-to-do, perennial husband hunter (Celia Imrie) is past her prime but still on the prowl.

All of them find themselves lodging at The Best Exotic Marigold Hotel, a hotel for “the elderly and beautiful.” The hotel is actually a bit past its prime, as well. In fact, it probably never really was as wonderful as its proprietor purports. It is run by the ever-enthusiastic and well-meaning Sunny (Dev Patel), a young man with a strong need to prove to himself and his overbearing mother that he is not a failure.

So many ideas and opportunities and passions seem the sole possession of youth. The Best Exotic Marigold Hotel dispels that notion against a textured tapestry of unrealized hopes and dreams and human longings. The sights and sounds of India weave a dream-like backdrop for this collection of stories that prove to be one story. It is the story of everyone looking for purpose in life, the story of everyone who longs to be loved and to be needed, and who also needs to love. These emotional exigencies do not flip off like a light switch when we reach some government-mandated age. The desire to live life is innate and eternal and does not diminish with time.

This delightful and colorful collision of cultures and characters offers up real pathos, heart-wrenching drama and a perfect touch of comic relief, a sort of Canterbury Tales in a dilapidated Taj Mahal. The hotel itself is an important character in the film, reflecting the untapped potential and unrealized dreams of everyone in the movie. Life may have written off this band of expatriates, but they have not given up on living.